Having never cruised before, I was curious to find out what I’d been missing. For some people, going on a cruise is THE only way to travel. Now I understand why so many people feel this way.

My husband and I went on our first cruise in September to the California Coast, and we were both pretty amazed at how well organized and efficient the whole process worked. Upon our arrival at Canada Place, we followed the signs to our check in area. Within minutes, we were all checked in, had our ID cards and map of the ship, and were directed to a seating area where we would wait to board the ship. After about half and hour, we were ready to board the Grand Princess and experience our first ever farewell deck party on our way to California!

Boarding the Grand Princess, which can hold 2600 guests, was also quick and painless considering they had to take a picture of each person which would then be used to verify your stay on board each and every time you re-boarded the ship after being in port. I figured it would be very time consuming to take the picture, scan everybody’s card and send any purses and bags through the security scanner. As it turned out, this process was very quick.

A couple of the ports we visited required passengers to be ‘tendered’ in, another first for us. For those who are not familiar with what I am referring to, it means that the ship anchors offshore and the passengers are loaded into a number of life boats and taken to port in groups at different intervals. After we arrived in port, we were required to meet at a designated restaurant on board to get a number for our group for the boat ride in. These numbers were announced over the loud speaker every time a new group was being loaded. All passengers are told when the last tender will run at the end of the day to ensure you are back in time for departure.

There was good choice of restaurants and places to get a snack at any time of the day on the ship, as well as 24 hour room service. Dining times were left open, although you had the option of making a reservation at one of  the three main dining rooms if you wanted to. I think one of my favourites was a little Pizzeria that had very good food.  There were three other restaurants on board that were available at an additional cost if you wanted to mix it up a bit. They all had different themes which was nice for even more variety. The buffet restaurant had a different theme every night for dinner to keep it interesting for those who did not want to have dinner in the other dining rooms. There was also a nice choice of lounges and bars, some with live entertainment if you wanted to have a night cap or cut a rug on the dance floor. There was even a night club on the top deck for those who wanted to stay up and have fun a little later into the evening.

This cruise had something for everyone to do at all times. Each evening we would receive a newsletter telling us about the next days activities on board ship, the weather, what to expect at sea and what port we were going to visit with suggestions about what to do while you were there.
There were endless activities to choose from during our time at sea both day and night. You had the option to go to the gym or lounge by the pool, play the slots in the casino, play bingo, or go to an art auction where they always offered free sparkling wine. There were live shows and comedians performing in the evenings and a library to relax in and read a book if you felt like a little quiet time. One of my favourite things was the ‘Movies Under the Stars’ which they had every evening on the Lido deck after it got dark. There was a different movie each night projected on a giant screen outside under the stars. The lounge chairs were covered with a nice warm cover and blankets were supplied to keep warm. There was even as much free popcorn to munch on as you wanted! A great way to end the evening in my books!

One last thing that everyone who is going on a cruise for the first time should remember to bring is anti nausea medication whether it be Gravol, Sea-Bands, or a medicated patch behind your ear. These patches can be purchased over the counter here in Canada, whereas in the United States they need to be prescribed by a doctor. It can never hurt to be prepared for rough water as we are all not seasoned sailors and can react differently to the motion of the ocean. In the end, I must agree that going on a cruise means sit back, relax and enjoy! 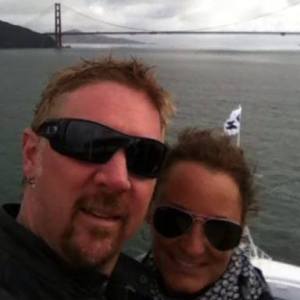