Portugal, Spain and Morocco, a trio rich in history, culture and scenery! 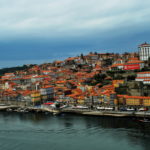 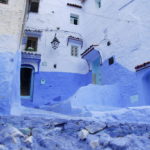 Experience three glorious countries, all with their own natural beauty, rich history and vibrant culture. I am very excited about this tour. It not only visits many historic places that I have heard about for years but each has a connection to one my favourite Hollywood movies. Did you know that Doctor Zhivago with Omar Sharif was filmed in Spain and Christopher Columbus, The Discovery, starring, Marlon Brando and Tom Selleck in Portugal? And who can forget Henry Bogart’s famous line, “Here’s looking at you, kid” from Casablanca? While Casablanca was filmed in California, a replica of the famous Rick’s Café, opened in Casablanca in 2004. Growing up in Southern California, movie going was always an exciting part of my life. I treasure the opportunity to visit areas I have seen on the big screen or read about in a book.

Our journey begins in Portugal’s, capital city of Lisbon. This hilly, costal city is one of the oldest cities in the world and the oldest in Western Europe. It is Portugal’s largest city, and one of the largest container ports on Europe’s Atlantic coast. We will stay four nights here and explore not only Lisbon but take in Sintra, which is rich in roman architecture and Obidos known for its medieval design.

The next stop is a two night stay in Faro with time to wiggle your toes in the sand and soak up the sun in one of Portugal’s popular resorts. For those who like to shop, there are plenty of boutiques in the area.

Seville, located on the River Guadalquivir is Spain’s only river port on the Atlantic Ocean. This beautiful city is home the world’s largest Gothic Cathedral and the tomb of Christopher Columbus. The architecture boasts a beautiful and combination of Moorish/Arabian and Gothic influences.

Crossing the Strait of Gibraltar, we find ourselves in the Kingdom of Morocco. We stay 8 nights in this fascinating country. The people are warm & hospitable, the food is tasty and the scenery spectacular. The buildings here are beautiful and the local markets colourful. A camel ride across the huge sand dunes of the Sahara Desert to watch the sun rise is sure to be an adventure and tour highlight.

This is one tour that should be on everyone’s bucket list. Don’t get left behind! Call us at Wells Gray Tours and be a part of this amazing adventure.