South Africa – The county that captivated my mind and left footprints on my soul!

Whenever I am asked about memorable trips, my journey with Wells Gray Tours to South Africa is top of mind. I had read books about the history, it’s people and culture but nothing prepared me for the beauty and heart thumping adventure that unfolded every day. Heart thumping, I say because never had I imagined that the open vehicles we would travel in would allow us to get so close to the wildlife.  Every tour Wells Gray Tours organizes to South Africa involves wildlife viewing safaris that are led by a skilled guide and a tracker. We make sure to go to the areas where you will see the big five; lions, the African elephants, buffalos, rhinos and leopards. My experiences will not be the same as yours but I am sharing them in hopes that you will make sure you take advantage of our tour to South Africa. 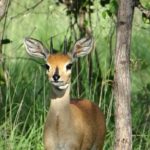 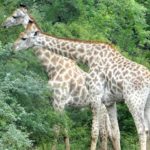 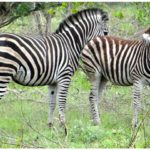 On Land Safari: Rising at 5am for an early morning jaunt out into to the bush is a great time to go as the animals maybe still foraging for food and are typically more mobile than in the afternoon heat.  Our tracker was second generation and rode in a little seat on the front of the jeep with a machete in hand to cut down brush as we venture off road on private reserves. How lucky we were to follow a leopard as he tracked an impala only to have it stolen by a hyena after only a few mouthfuls! While this may sound upsetting to some, it is a “National Geographic” moment, nature at its very best. Did you know that leopards live singular? They cannot risk fighting for their food and exposing themselves to injury as they will become vulnerable and becoming the next meal? Later, we came upon a den of hyena’s. There were families of them all living together. These are not pretty adult animals but young’uns are curious and came right up to the vehicle while the adults sneered and growled. 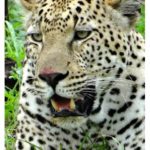 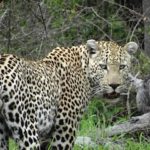 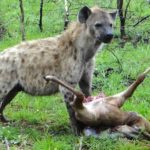 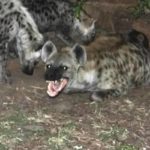 Coming up over a grassy dune we stumbled on a pride of lions enjoying a morning siesta. While some sat up to take a look, most continued to snooze as they frequently see the jeeps and since they pose no threat they are very nonchalant about all the picture taking. 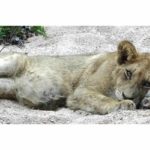 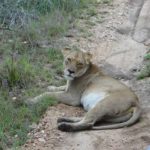 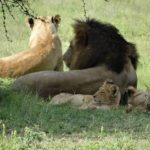 Very soon we found ourselves surrounded by a herd of elephants. The young males were constantly jousting with each other while others were foraging for food and uprooting trees. It was amazing to watch these power animals. 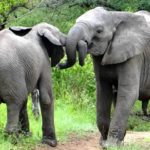 Diving down to the river basin we came upon two rhinos enjoying cool shade trees at the river’s edge. In the river were more than a dozen hippos looking like they were enjoy a river spa. 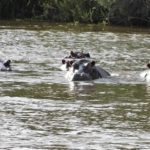 When we think of South Africa we are often captivated by the big five, but some of the things that I found most interesting were the variety of birds, dung beetles and the giant terminate nests. 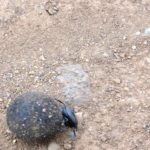 Keep in mind that land safaris are done in two trips per day. One in early morning and one late in the day so those creatures who begin to move about as darkness falls or are nocturnal can also be seen.

Out on the Water: Travelling by boat, we happened on a herd of 60+ elephants frolicking in the water.  It looked like a kid’s water park the way they were shooting water out their trunks and rooting around on the muddy shores. Further along the beach were impressive looking water buffalo serenely enjoying the cool waters. Birds along the shoreline were colourful and busy building nests. 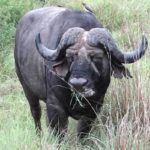 While the wildlife is bound to be a highlight for all visitors, I think the history, people and the culture are all important elements of any South African tour. Visits to the cities of Pretoria, the administrative capital of South Africa 9also known as “Jacaranda City” for its thousands of jacaranda trees) and Johannesburg, the largest city in the country, which is home to the Apartheid Museum and Nelson Mandela’s home are a must. On the southern tip of South Africa is Cape Town, this bustling multicultural metropolitan city well known for its natural harbour, Table Mountain which rises high above the city and Robin Island where Nelson Mandala was incarcerated for 18 years.

Meeting the locals is something we try to make happen on every journey and we have included an extra special event for those that wish to join in the fun.  If you would like to take along a toy or small gift such as pencils or paper for your visit to a local school, we have items available for those that wish to make space in their suitcase. 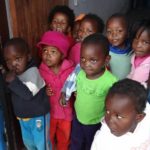 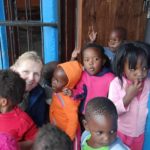 Please keep in mind that this is a Tour 25, which means that the maximum number travelling in this group will be 25.

Itinerary for BC Interior

Photos taken by Joan and Steve Niemeier on the 2013 South Africa tour.