What becomes the mighty Fraser River in BC’s interior began as a mere trickle coming up out of the ground high in the Rocky Mountains. The closest road is 50 km away and there is no trail to the site, so the only access is by helicopter.

The Fraser River is the longest river in British Columbia, the fifth largest in Canada and has been designated as a Canadian Heritage River because of its importance to the development of BC. The River played an important role in our history with ties to the indigenous people, fur traders, gold seekers and the early settlers of British Colombia. 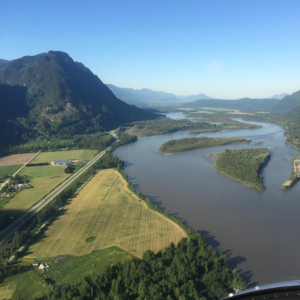 Flying out of Valemount, BC you will travel in a Bell Long Range helicopter owned and operated by Yellowhead Helicopters. There is no better way to view this beautiful and spectacular landscape. This scenic flight will take you into the Rockies providing amazing views of the Rampart Mountain Range, the Bennington Glacier and along the border of Jasper National Park before touching down in an alpine meadow at an elevation of 2000 meters. Here is where you will want to have your picture taken with one foot on either side of the Fraser River and watch as your Tour Director scoops up a bit of water to carry to the mouth of river where it will be released it into the Pacific Ocean.

Standing at the source of the Fraser, you will be among an elite group of travellers that have ventured to the place where this powerful river begins its journey.

Like many of you, I have only seen certain sections of the Fraser as I have travelled through various parts of BC.  To stand and straddle this great river is sure to be a thrill.  While this portion of our journey is sure to be a tour highlight, we will follow the Fraser from its source all the way to the Strait of Georgia where the river ends its journey as it flows into the Pacific Ocean.

Other exciting aspects of this tour include a river raft trip with an interpretive guide which will leave you with facts and tales of the importance of the river to both the aboriginals and early settlers. Disembarking from the raft, we will head north to the “Big Bend” where the Fraser makes its turn south. Here is the famous Giscome Portage Trail and the Huble Homestead built to serve travellers on the Fraser River. From this point south, the river may become more familiar to you as it passes through Williams Lake, Hat Creek Ranch and Lillooet where it enters the Fraser Canyon. Hells Gate is a must stop in this area of the Fraser Canyon as the sheer rock walls force the Fraser River to thunder through the narrow passage. We will take the cable car across the river and have time to walk the Alexandra Suspension bridge which was built in 1926. 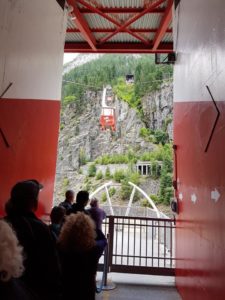 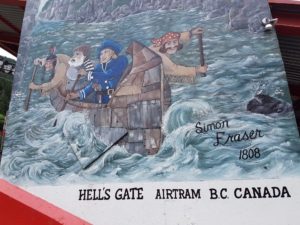 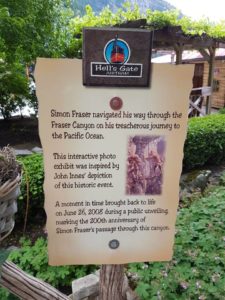 At Hope, the Fraser River flows into the fertile Fraser Valley as it turns west to the ocean. An overnight stay at Harrison Hot Springs Resort provides time for relaxing in the hot pools, elegant dining, as well music and dancing to the Jones Boys.  A two hour jet boat safari with a naturalist is included on this less travelled portion of the river, well away from the highway traffic. You will be amazed at the birds and animals that make their home along this portion of the river. 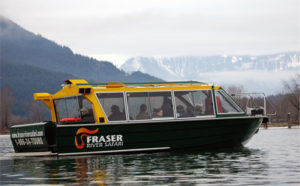 In New Westminster, we board the paddle wheeler MV Native for a journey down the last 30 km of the Fraser. Don’t miss out on the “Water Ceremony” where the well travelled water gathered at the source of the Fraser River is ceremoniously poured into the Pacific Ocean completing the journey. 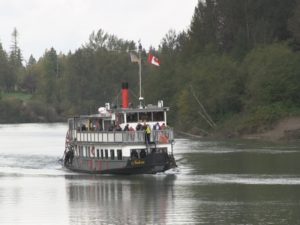 This tour will leave you with memories, new friends and the knowledge that you are among the very few who have witness the Fraser River from source to mouth.