Musical theatre has long been a favorite of mine, and The King & I, is among my favorites. I guess my love for musicals was a result of my mother’s love for them and growing up listening to the music of Gershwin, Berlin, Rogers and Hammerstein. While taking three children to live theatre was not affordable when I was a youngster, going to the movies was and I developed a love for such Disney musicals as Lady & The Tramp and Peter Pan. Falling in love with the movies, the music and the characters was always special for me. I drove my Mom crazy wanting to know where the idea for the story line came from. No internet in those days, trips to the library and scanning the encyclopedia was where I had to go.

I remember when the movie the King and I came out I was filled with curiosity about the story line. Was it based on fact or the writers imagination? I was thrilled to discover that it was based on a book, Anna and the King of Siam by Margaret Landon which was derived from the memoirs of the King’s British governess Anna Leonowens. Ms. Leonowens, a widow, travelled from England to Siam, now Thailand with her young son Louis in 1860 to teach the King’s 15 children and about 60 additional children present in the Royal household. Working in the palace for five years was not without challenges. Anna and the King worked to navigate through their cultural differences but in the play and in the book we see glimpses of a romantic connection between the King and Anna that muddled their relationship. However, both Anna and the King had such strong cultural and religious convictions that prevented such a romantic partnership from ever coming to fruition. 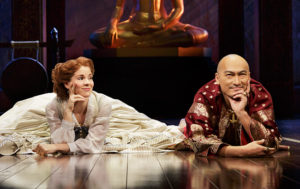 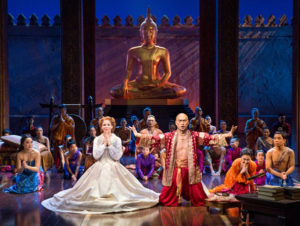 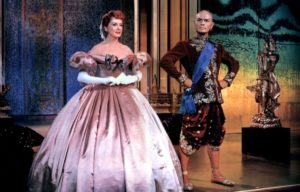 After leaving Siam, Anna returned to England where after a short stay she moved to America and made a living lecturing on women’s rights, Eastern cultures, speaking out against slavery and writing about her travels. Ms. Leonowens eventually moved to Nova Scotia and was instrumental in organizing the Nova Scotia College of Art and Design. When Anna Leonowens died in 1915, she was well recognized as an advocate of human rights and education.

And now you know the rest of the story!

The King and I, is sure to get your romantic bones vibrating while our second play included on this tour, 39 Steps is sure to strike your funny bone. When a spy is killed and the suspect is a vacationer unrelated to international espionage, the play takes us on a path of suspense and humor in search of truth. 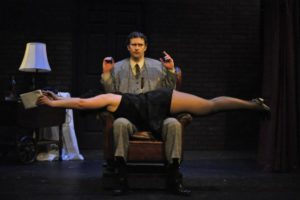 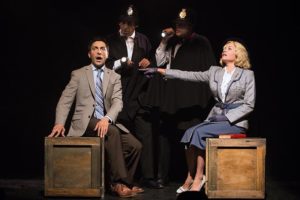 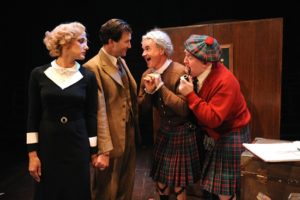 I hope you will join us on our tour to see The King and I and 39 Steps.  The King & I will be highlighted by beautiful costumes and delightful songs such as; “I Whistle a Happy Tune”, “Hello Young Lovers” and “Shall We Dance” while 39 Steps will be shrouded in mystery and a good mix of hilarity.