Interesting article is on the front page of The Clearwater Times.
March 26, 2015

People have assumed for many years that Garnet Peak is the highest mountain in Wells Gray Park, says Roland Neave.

In fact, the peak, which dominates the view to the north as boaters travel up Clearwater Lake, is only the third highest mountain in the park.

The story about the “new” highest mountain and how it was discovered will be one of the featured stories in the sixth edition of Neave’s book, “Exploring Wells Gray Park,” which is to come out soon.

The actual highest mountain in Wells Gray Park is an unnamed peak near the northernmost boundary of the park, about 4.5 km west of Mount Pierrway and 40 km south of McBride.

The mountain’s status was discovered by Roger Wallis and Bill McKenzie, climbers from Alpine Club of Canada, during an expedition in 2005.

They had suspected it was higher than Garnet when they had looked at it on a map, and then confirmed its height by GPS when they climbed it.

Interestingly, the pair found a cairn on the top when they arrived there, indicating that someone else had made the first ascent. Unfortunately, there were no names inside the cairn to indicate who they might be.

The first person to climb a mountain customarily gets the right to name it.

Without knowing who did the first ascent, that right now falls on the ACC team.

At Neave’s suggestion, they would like the highest peak in Wells Gray Park to be named Mount Lyons, after Chess Lyons, the surveyor who first mapped the park in 1940.

C.P. Lyons is perhaps best known for his book, “Trees, Flowers and Shrubs to know in British Columbia.” Although first printed in 1951, it is a standard field guide even today.

“He did a lot for BC Parks, not just Wells Gray, but nothing is named for him in B.C.,” Neave said.

The suggested name will be sent to the BC Geographical Names Office for consideration.

Modern measurements put Garnet Peak’s elevation at 2,876 m, about 16 m higher than it was thought to be before, but still leaving it in third spot.

Mount Hugh Neave, which is named after Roland Neave’s father and located a few kilometers north of Garnet, was thought to be the fourth highest peak in the park. In fact, it is seventh at 2,829 m.

In 1974 Hugh Neave was with a party that was the first to climb Garnet Peak. They believed at the time it was the highest point in Wells Gray Park. 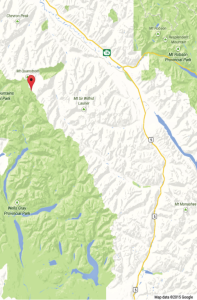 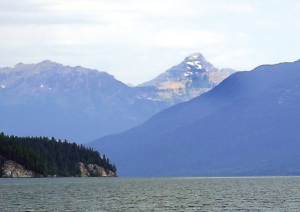 Garnet Peak is the dominant mountain as seen from Clearwater Lake but it is no longer thought to be the highest mountain in Wells Gray Park. Times file photo 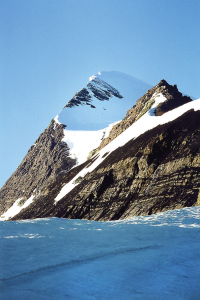 Photo shows an unnamed mountain that is now believed to be the highest peak in Wells Gray Park. Photo by Roger Wallis