Are you’re itching to get away from your everyday routine but are restricted by time and commitments? Why not explore your own backyard and travel locally? Have you ever ridden in the Hells Grate Tram high above the fast and furious waters of the Fraser River as it squeezes its way through sheer canyon walls? Ever travelled the Duffy Lake Road as winds its way past breath taking scenery from Lillooet to Pemberton? What about sailing high above the ground on the Peak 2 Peak Gondola in Whistler? Whether you have done one or none of the above, our Sea to Sky tour is a great way to see these sights.

I was born in Canada but did not grow up in BC.  Once I moved here and began a career in the travel industry and met with visitors and industry professionals from all over the world, I began to see BC through their eyes. Visitors from all over the globe come to see our beautiful province, wild animals that we take for granted, clean rivers, sparkling lakes and majestic mountains. After hearing people talk so passionately about BC, the desire to explore our beautiful province and the country that I was privileged to be born in has become a yearly passion and there is no better way to do it than with Wells Gray Tours.

Last year, I had a chance to visit the Northern Lights Wildlife Wolf Center in Golden and early this year I travelled to Squamish to view the eagles that winter there. Would you believe I had never travelled the Sea to Sky highway or been to Squamish?

Our summer Sea to Sky tour features so many items that I have heard about but have never experienced. Be sure to bring along your swim suit as there will be time to soak and relax in the hot springs before enjoying entertainment and dancing to Patsy B and Lefties at Harrison Hot Springs Resort.

Put on a brave face if you are like me and don’t like heights as you travel by air tram over the churning waters of the Fraser River at Hells Gate. Explorer Simon Fraser, for whom the Fraser river is named wrote in his journal that this part of the river was like passing through the gates of Hell and that no man should ever venture through here. The air tram built in 1970 allows you to float over the turbulent waters and land safely on the other side. 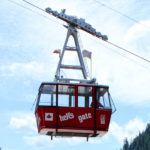 Considered one of BC’s most spectacular drives, the journey from Lillooet to Pemberton on the Duffey Lake Road is all about taking your time and enjoying the drive. It is a great passage that winds its way past the beautiful Joffre, Duffey and Seton Lakes. Wildlife abounds in the area and there is a good chance of seeing black bears, hoary marmots, mule deer, big horn sheep and blue herons.

Next stop is Whistler Resort and a two night stay at the Listel Hotel.  We have included the Peak to Peak Gondola which is the longest and highest lift in the world which connects the two costal peaks of Whistler and Blackcomb mountains. Definitely a BC bucket list item. 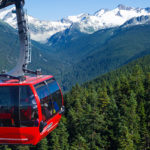 Leaving Whistler, we take the Sea to Sky Highway south with a stop at the West Coast Railway Heritage Park in Squamish which has the second largest collection of heritage railway rolling stock in Canada. 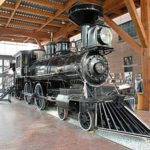 So pack your bags and join us as we explore Super Natural BC!